Have you lost your Simon Gratz High School class ring? Have you found someone's class ring? Visit our Bulldogs lost class ring page to search for your class ring or post information about a found ring.

Benjamin Jackson Burnley
Class of 1941
Army, 4 Years
Veteran of World War II, serving with the Army in the 95th Regiment in the European and Middle Eastern Theatre.
Report a Problem

Douglas J. Edmunds
Class of 1955
Air Force, 4 Years
Loved the Air Force. In SAC, one year in Orlando, Fla, and three years at Brize Norton England which was 60 miles from London.
Report a Problem

Elvin Baum
Class of 1971
Army, 20+ Years
Just returned from serving in Afghanistan with the First Infantry Division; ETT/MTT. Hello to the class of 80-71 and remember I love all of you and thanks for the support. Dave, Mike Smoochie, Hellen and the rest of the crew. Bones, from the Club County Turn Tables, Smile.
Report a Problem

Frank Whaley
Class of 1977
Navy, 20+ Years
Retired in 2003 as a Senrior Chief Petty Officer, after 26 years service, Currently a manager for the Department of the Treasury
Report a Problem

Glenn Hodge
Class of 1963
Army, 20+ Years
Retired at the rank of Lieutenant Colonel, Served in a variety of assignments throughout the Army and around the world.
Report a Problem
123 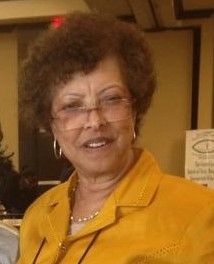 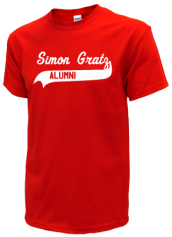 Read and submit stories about our classmates from Simon Gratz High School, post achievements and news about our alumni, and post photos of our fellow Bulldogs.

TO MY SIMON GRATZ FAMILY!!

FOR THOSE WHO KNOW ME KNOW ONE THING ABOUT ME AND THAT IS I LOVE TO SING. WELL...
Read More »

View More or Post
In Memory Of
Our Simon Gratz High School military alumni are some of the most outstanding people we know and this page recognizes them and everything they have done! Not everyone gets to come home for the holidays and we want our Simon Gratz High School Military to know that they are loved and appreciated. All of us in Philadelphia are proud of our military alumni and want to thank them for risking their lives to protect our country!