Have you lost your Olney High School class ring? Have you found someone's class ring? Visit our Trojans lost class ring page to search for your class ring or post information about a found ring.

Bill Holden
Class of 1966
Navy, 20+ Years
Retired US Navy medic; I spend most of the year using the Space A flight system to go from the USA to Japan to Singapore to the Philippines and Thailand and from the USA to Europe. It beats having to work for a living!
Report a Problem

Bill Holden
Class of 1966
Navy, 20+ Years
For some strange reason, this system only allows the first letter of "USA" to be capitalized; the "S" and "A" are printed as "small" letters".
Report a Problem

Carvan Backus
Class of 1982
Army, 3 Years
Infantry - I had no idea what I was getting myself into! I wish I was back with my brothers in arms.
Report a Problem

Clarence B Pinkerton
Class of 1962
Army, 20+ Years
Became a Russian Linguist after graduating from the Defense Language Institute (DLI) in 1964. Served in Berlin from 1965-1967. Left service to pursue education.Earned AA, BA & MA from SF State. Returned to Army service as Russian linguist in Augsburg, FRG from 1974-77. Returned to DLI for intermediate and advanced Russian. Taught advanced skills in W. Texas 78-81. Stationed at NSA from 1982-92 as special operations, military intelligence analyst. Retired as MSG with hip-pocket commission as MAJ. Awarded Legion Of Merit upon retirement. Earned an MS in Strategic Intel in 1986.
Report a Problem

Clifford Hall
Class of 1995
Air Force, 18 Years
I have a total of 18 yrs military service to include the Army Air Force Reserves and the Air Force
Report a Problem 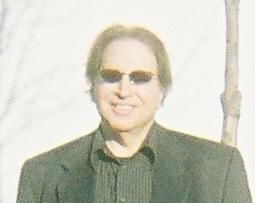 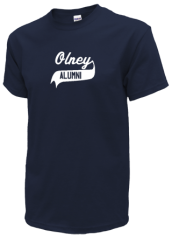 Read and submit stories about our classmates from Olney High School, post achievements and news about our alumni, and post photos of our fellow Trojans.

If there are any meet ups with fellow classmates please let me know. Thanks Mike Prentice
Read More »

View More or Post
In Memory Of
Our Olney High School military alumni are some of the most outstanding people we know and this page recognizes them and everything they have done! Not everyone gets to come home for the holidays and we want our Olney High School Military to know that they are loved and appreciated. All of us in Philadelphia are proud of our military alumni and want to thank them for risking their lives to protect our country!