BAND - ATTENTION! Homecoming 2012 is on Friday, September 21st. The Alumni Band will be celebrating by playing two selections ('Anchors' - new version, and 'Joshua') with the HS band during Halftime, and also by marching in the Homecoming Parade before the game (playing John Butterfield's version of 'Anchors', and performing 'Joshua' at the end of the parade).

Last year over 50 alumni were on the field for Halftime; we hope to double that amount this year. If you haven't already, join the 'Mona Shores Alumni Band' Facebook Group for further information. If you are not on Facebook, you can email the Alumni Band at 'mshsalumniband@gmail.com'. We will then email you with information regarding practices and times for the parade and Halftime.

If you can march/play, but need a loaner instrument, you can request one from the HS BEFORE Monday, September 10 at 11:00 a.m. by emailing the current band director, Jason Boyden, at boydenj@monashores.net. (Limited number of instruments available including Tubas/Sousaphones, Snare and Bass Drums (Snares must provide own sticks), Mellophones, Baritones, and Flags.
o NO other instruments are available for loan at this time.)

Copies of 'Anchors' (both versions) and 'Joshua' will be available before the parade/halftime, as well as on the Facebook Group, if you can't make practices and want to practice on your own. Contact the MSAB administrators on the FB Group page, or through the Gmail account. You can also contact me at lauriemac.3267@gmail.com for any information.

Parade - Lineup is at 4:30 pm at Mona Shores Baptist Church on Lake Harbor; parade starts at 5pm. Route is Lake Harbor north to Seminole, Seminole east to the High School.

Halftime - Admission to the game is $5. Kickoff is at 7pm. There will be a reserved section in the stands for Alumni Band. Alumni Band will join the high school band on the field after their Halftime show.

Other rehearsals without the HS band may happen; info will be posted on Facebook, and we can send you an email through the Gmail account, if you request.

PLEASE HELP SPREAD THE WORD! Join the 'Mona Shores Alumni Band Fan Page' on Facebook, as well! If you weren't in band, but liked the band, this is the place to go!

Funeral Arrangements are listed below:

SHEILA C. VANDER SCHEER, 69, of Norton Shores died Wednesday at Mercy Health Partners. She was the wife of Roy Vander Scheer and had been a physical education teacher at Mona Shores Public Schools. Arrangements by Lee Chapel, Sytsema. 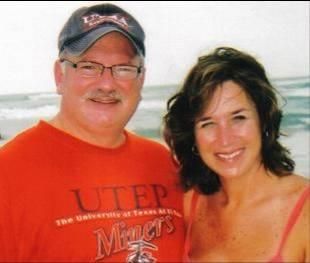 Posting your Mona Shores High School news is easy! Enter the title for your article and all the details that explain what is happening. Please refrain from posting reunion information on this page.