Have you lost your Milford High School class ring? Have you found someone's class ring? Visit our Eagles lost class ring page to search for your class ring or post information about a found ring.

Mark W. Clark
Class of 1972
Air Force, 20+ Years
Over 24 years in the Air Force. Started enlisted as Nuclear Missile Tech, finished degree in Computer Science and was commissioned in 1980. Retired in 1996. Now lives in Ocala, FL.
Report a Problem

Michael Justice
Class of 2004
Marine Corps, 3 Years
Based in Newburgh, NY, Michael recently received his Wings through the Marine Corps. He and his wife, Felicia, also a fellow Marine, are proudly serving their country and expecting their first child.
Report a Problem

Richard Alan Carter
Class of 1967
Air Force, 20+ Years
Eight years enlisted, 13 years as officer. Enlisted in 1971 and served in Thailand, Korea, and Okinawa as a Chinese linguists. Went to OTS in 1979 and served as Signals Intelligence Office in Italy, Okinawa, Texas, and Germany. Retired in 1992 while serving at NSA. I now live near Annapolis, where my wife and I enjoy being sponsor "parents" for Navy Midshipmen.
Report a Problem

Robert K. Leonard
Class of 1971
Marine Corps Reserve, 10 Years
Commissioned an Officer within the U.S. Marine Corps Reserve immediately after graduating from Morehead State in 1975. Served 5 years on active duty as an infantry officer in the Fleet Marine Force Pacific. Then remained in the reserves for another 5 years. Achieving the rank of Captain.
Report a Problem

My family has a long and proud tradition of military service. One of my direct ancestors (Isaac Shelby) was the American Commander at the Battle of Kings Mountain during the American Revolution. My great grandfather and namesake served as a Captain with the Army of Northern Virginia during the Civil War and fought at the Battle of Antietam. I am also the proud son of a WW II Guadalcanal combat veteran who greatly influenced my decision to become a Marine. I was one of seven members of my College Frantenity (Lambda Chi Alpha) at Morehead State University to become a commissioned officer in the Marine Corps during the 1970s. This was a rather unique patriotic tradition at a State University which historically only offered U.S. Army ROTC on campus. For obvious reasons, the Army ROTC Department on campus was not very amused.

One of those fratenity brothers (First Lieutenant Donald "Donnie" A. Minto, USMC) was killed on active duty in a CH-46 Sea Knight helicopter crash in Japan. I dedicate this profile on "Together We Served" as a tribute to his memory.

I obtained my commision via the Platoon Leader Class (PLC) program at Quantico. My Officer Basic School Class (Alpha Company, 1-76) was made up of mostly graduates from the U.S. Naval Academy. One of these USNA graduates (who was my roommate for a short period) was Richard Rybolt, a good friend from my 1971 graduating class at Milford High School in Milford, Ohio (Dick eventually became a Special Agent with the FBI).

After graduating from The Basic School and prior to becoming a qualified Infantry Officer with a 0302 MOS, I initially received the 1803 MOS of an Assault Amphibious Vehicle Officer and served as a platoon commander in Hawaii with Company D, 3rd Amtrac Battalion attached to the 1st Marine Brigade, FMF. I completed one deployment with the Pacific Fleet to the Western Pacific (WestPac) where I participated in "Operation Kangaroo II" in Queensland, Australia during the fall of 1976. At the time, this was the largest peacetime joint military training exercise within the South Pacific since the end of the Second World War. The exercise included a full-blown amphibious invasion in which several battalions of Marines from both Hawaii and Okinawa were transported from ships to shore by both Amphibious Assault Vehicles and Helicopters.

In route to Australia, our convoy passed right by the Solomon Islands and every Marine on board ship got a good glimpse of Guadalcanal with a blood red sky in the background. It was a scene I will never forget.

Also at sea, after successfully participating in a 2-day grueling ritual, I was given the title of "Golden Shellback" after crossing the Equator at the 180th meridian (International Date Line). This was both an ancient naval tradition and rare status for both Sailors and Marines.

After returning to Hawaii from this deployment, I realized that I was a frustrated "Grunt" at heart. During "Operation Kangaroo II" I had been the only Assault Amphibious Vehicle Officer during the war games exercise to set up defensive perimeters every night and lead night patrols against the aggressor forces (i.e. the Australian Army). Once back in garrison on Hawaii I continued to train my Amphibious Assault platoon in basic infantry tactics because I truly believed that every Marine is a rifleman regardless of their MOS. Apparently, this was well noted by my superior officers who openly encouraged me to transfer to an Infantry Battalion. With the full support of my Commanding officer and the Regimental commander, I requested to be transfered to the Infantry where I served as a rifle platoon commander with India Company, 3rd Battalian, 3rd Marine Regiment. After serving in this capacity for six months, I requested and received an 0302 MOS as a qualified Infantry Officer. During my service with India Company 3/3, the company was transformed into a "Anti-Terrorist Raider Company." The intense level of training and tactical proficiency achieved by “Mighty India, Raider Company” was perhaps best exemplified when Marines from the Company won the annual “Top Squad in the Corps” competition at Marine Corps Base Quantico, Virginia soon after it’s transformation into a Raider Company. This honor went to the best 13-man Squad within the entire Marine Corps. The winning Squad was lead by a 21 year old Sergeant and a squad leader of my platoon named R. L. Mims who was meritoriously promoted to Staff Sergeant for his outstanding leadership skills making him the youngest Staff NCO in the Marine Corps at the time. Other high profile Marines who served with India 3/3 during this time period included a Platoon Commander named First Lieutenant Thomas X. Hammes who later became a well-known “Marine Corps Gazette” distinguished author. Before his retirement at the rank of Colonel he also authored the book “The Sling and the Stone: On War in the 21st Century” making him one of the first military thought-leaders to define fourth generation warfare.

While serving with the 1st Marine Brigade, FMF in Hawaii, I also completed my Master of Arts Degree at Pepperdine University and earned a Black Belt in Japanese Karate. I also served as the Captain of the 3/3 Rifle and Pistol Team and participated in the Pacific Division Matches. As a reward for this, I was given the opportunity go to Sniper School.

After leaving active duty, I stayed in the Marine Cops Reserve for 5 years where I was promoted to the rank of Captain.

Regarding my civilian career, I spent more than two decades working as a marketing executive for several top "Madison Avenue" advertising agencies. I am a former Vice President with the J. Walter Thompson Company. This is the same advertising agency that creates all of the recruiting ads for the Marine Corps. My advertising clients included The Ford Motor Company, Boeing, Mercedes-Benz, Gulfstream Aerospace and Burger King. While working on the Boeing account, I managed the marketing for the F/A-18 Super Hornet fighter/attack jet. This was my last full-time job with an advertising agency and it was a blast. My clients were all former Naval Aviators and fighter jocks. On my 50th birthday, I retired from the corporate "rat race" to apply what I learned to my own business. To see what I have been doing since 2003, please see "What are you doing now."

shannon kayden (darnell)
Class of 1988
Army, 4 Years
I served in the army for 4 years
Report a Problem

shon darnell
Class of 1990
Navy, 20+ Years
I just retired from the Navy, I now live in NewPort News Va where I am married to my high school sweet heart Tara and we are raising our 2 boys
Report a Problem

Teri (Emery) Clinch
Class of 1974
Air Force, 3 Years
While my time was short while in (1984-1987), I am still associated with the United States Air Force, being married to an active duty USAF Major who is currently deployed to the desert until Aug '09. My military career was spent inspecting food, food service facilities and following occupational medical trends in service members.
Report a Problem

Tim Johnson
Class of 1986
Army, 20+ Years
Currently a Sergeant Major attending the US Army Sergeants Major Academy at FT Bliss, Texas. Three deployments to Iraq, one for Desert Shield/Desert Storm and two for Operation Iraqi Freedom. Two deployments to Korea, with a third on the way.
Report a Problem
12 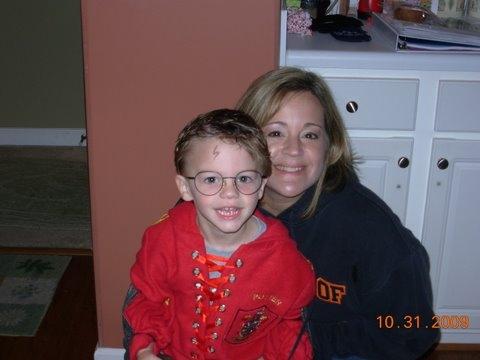 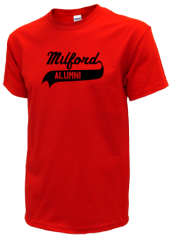 Read and submit stories about our classmates from Milford High School, post achievements and news about our alumni, and post photos of our fellow Eagles.

View More or Post
In Memory Of
Our Milford High School military alumni are some of the most outstanding people we know and this page recognizes them and everything they have done! Not everyone gets to come home for the holidays and we want our Milford High School Military to know that they are loved and appreciated. All of us in Milford are proud of our military alumni and want to thank them for risking their lives to protect our country!