Have you lost your Lynnwood High School class ring? Have you found someone's class ring? Visit our Royals lost class ring page to search for your class ring or post information about a found ring.

Aaron Jon Givens
Class of 1995
Army, 8 Years
After serving for 8 years, A tour in Iraq in 05 and Africa in 08 he was forced to medboard out and be medically retired
Report a Problem

Christine (Lowthian) Redwine King
Class of 1987
Navy, 8 Years
I was part of a small rating called a Mineman. There were only about 550 in the entire Navy, so we would run into each other along the way. I started as Active Duty and then went on to serve as Command Ombudsman for a former Commanding Officer as a Navy Wife. Between Active Duty and Ombudsman time I was living the Navy Life for approximately 8 years. Stationed in: Charleston, SC, Sigonella, Italy (a forward processing point during the first Gulf War and lots of fun prior to that), Colts Neck, NJ, and finally, Guam. I still miss those people/family.
Report a Problem

DAVID MATTHEWS
Class of 2002
Army, 5 Years
Join right after high school. Started in Fort Bragg Airborne All the Way!!! two tours in iraq the first being the first grounds troops to cross the border. Moved to Fort Lewis in 2004 with the stryker brigade and spent another year in Mosul. Had to medically retire in 2007
Report a Problem

Gerald Busig
Class of 1985
Navy, 8 Years
Served aboard the USS Independence supporting Carrier Air Group 5 in 1990. We were the first showing of armed forces in the gulf.
Report a Problem 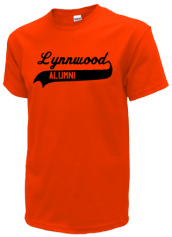 Read and submit stories about our classmates from Lynnwood High School, post achievements and news about our alumni, and post photos of our fellow Royals.

Mr. Jim Chicatelli is retiring from Martha Lake School. He has worked there for 18 years. We are looking for former st...
Read More »

View More or Post
In Memory Of
Our Lynnwood High School military alumni are some of the most outstanding people we know and this page recognizes them and everything they have done! Not everyone gets to come home for the holidays and we want our Lynnwood High School Military to know that they are loved and appreciated. All of us in Lynnwood are proud of our military alumni and want to thank them for risking their lives to protect our country!