We also had a post-concert gathering on the patio of the Stage Door Pub. This was decided rather spontaneously and I think many were not made aware. It was attended by 7 (6 classmates and 1 guest), lasting 4 hours, with much serious and not so serious discussion. I’m proposing an annual August gathering, we could call The Tribute to Steve Kanter Annual Barhop. Just kidding, as several other people have suggested such an annual mini-reunion. My thoughts on this in another post. Steve

50th Year Reunion Recap: Well, we had our 50th year reunion party. I even bought a big bag of balloons, inflating 2 specific colors. Any guess which? No, not Green and Gold. I arrived late and took a long time spotting the group hanging out by the distal/north end of the concession row. Thing is, I was looking for a group of 67-68 y/o’s, not such a youthful bunch! The attendance was a little lighter than hoped. We undoubtedly lost some, especially out of towners, due to the afternoon rain. It fortunately turned out to be light at the beginning of our 5p meeting, ending by 5:40p. It seemed those who remembered they were hardy Wisconsinites and turned out had a really good time. The other concern of some, that virus thing, also didn’t seem to be a big risk. The concert as a whole had a pretty good turnout, but the park is huge, and most people seemed spread out in their 2-4 person clusters. I doubt Dr. Fauci would have had a heart attack seeing it. The noise, err, I mean music was too loud. But look at the bright side. If you regret saying something about yourself (or spouse), fret not, nobody probably heard it anyway. I was having such a good time “catching up” with people, that I forgot to take pictures. If anybody else did, please share. Also, if anybody attended that 10am tour of LHS with the more active class of 1976, let us know what that was like. I slept in. I guess I lost something over the years since never missing the 7am school bus to Lincoln. (That would be my Mother keeping after me.) I reminisced with Dan Meyer, how the last time we saw Lincoln, was the summer of 1972, when working for the school board, we were tasked , along with Jim Panosh and a few others, with, among other things, cleaning 2100 lockers.(Maybe not all Lincoln memories are great.) One thing that drew a lot of interest at the reunion was my memorial list of classmates who weren’t fortunate enough to be with us today. In diagnostic radiology, as well as I suppose most fields, you don’t want to see something wrong/bad, but have to. I was given 11 additional names, of which I could verify 10. One was Neal D. Frisch. I’d appreciate help with these. The list now stands at 61. It’s been an extremely time-consuming and difficult task. I don’t want to make an error, have someone see their name on the list, recall some old Twilight Zone episode, feel doomed and have a heart attack, all because I stopped a few internet clicks short. I’m currently screening, specifically by name, those with the most Lincoln activities (likely most widely known). The “weaker” sex seems to be holding up better. Some of that disparity may represent one or more married names making the search even harder. Based on the fairly thorough records of the slightly older class of 1970 (16.33% deceased) and the unbelievably complete records of the older still class of 1968 (16.715% deceased) (I think the winning of the state basketball title when we were freshman gave that 1968 class the school spirit boost to attain those records.), I think 16% of our class of 636 are deceased, or 102. So there’s a real opportunity here to prove you’re smarter than me and find some more names. My email is stevekanter@hotmail.com. For an email promise to send me the names you find, I’ll send you the list after the above mentioned screen, and you can see if I already have those names. You’ll also be able to forward the list to any classmates, after extracting the same promise. Once you are armed with the list, it’s easy to find any obituaries recounting our classmates’ wonderful accomplishments and family ties. I’ve read them all, and there’s not a scoundrel in the bunch. There’s also other interesting info, as for example, a multisport super athlete classmate who tried to canoe across the continent (Yes, I said CONTINENT, not Lake Winnebago, and not thru the Panama Canal). Some numbers on the reunion: I think I counted 32 attendees (22 classmates + 10 guests). Of the classmates.com RSVP’s, we had 11 of the 15 Yes’s attend (One was actually a classmate, not a guest, and had a last minute job he needed to do.) None of the 8 Maybe’s attended. None of the perhaps 18 No’s changed their minds. At least 5 of the No's specifically expressed interest, but had prior plans. We did get a late start organizing the reunion. One on the site attended without RSVPing. 10 attendees were among the 3/4ths of the class not on that site, indicating some success reaching out beyond that site. Clearly weather was a swing factor. This I believe is confirmed by the unusually large number of clicks on the classreport.org site’s counter , presumably looking for a cancellation. I thought of giving reassuring updates, but reports suggested rain until after 7pm, possibly heavy. That fortunately didn’t happen, but until this Tuesday, it was the only rain for almost 3 weeks. Steve

ADDITIONAL EVENT!!!!! Grand tour of Lincoln High School!!!!! An afternoon time was not available, We have, however, been invited to join a slightly younger class Sat. at 10am. Meet at the statue at 10 am sharp. Free tour and free parking in lot just before the statue. 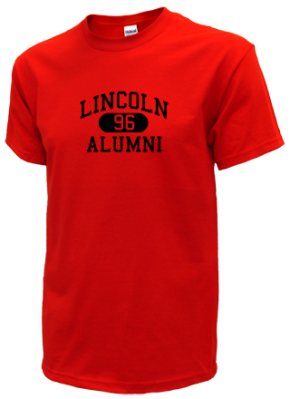 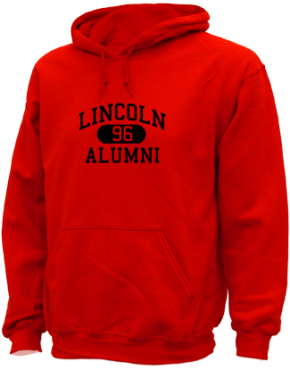 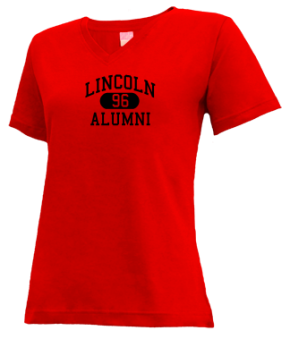