Have you lost your Corona Del Mar High School class ring? Have you found someone's class ring? Visit our Sea Kings lost class ring page to search for your class ring or post information about a found ring.

Douglas Foster Garn (October 30, 1958 - October 2, 2020) embarked on his next adventure Friday Oct 2020. Doug battled a serious and rare skeletal disease (DISH) through much of his adult life, but it was melanoma which proved too much for this fighter to overcome. Anyone who met Doug couldn't help getting sucked in by the warmth of his big smile, his bigger than life personality, and his passion to live life to the fullest. Doug embraced those around him and always challenged them to be their best, never letting on he was fighting his own battles. In helping build the billion-dollar software company, Quest Software, Doug's leadership style connected with people in such a special way that they chose to follow his lead in business and in life. Doug was a proud graduate of USC where he served on the Board of Councilors for the Thornton School of Music. Doug also served on the board of the Orange County School of the Arts, along with boards of several other businesses. Among his many accomplishments, the one which brought him his greatest reward was his family; his wife and partner Julie who was his rock as they explored life together, and his two children Taryn and Skyler. There were not many things that resulted in a bigger smile for Doug than holding Taryn and Parker's little boys or hobbling around a mosh pit enjoying listening to his son's band. Or maybe standing on stage "singing" Rappers Delight with Tijuana Dogs feat. Skyler on drums at "Club." Doug will be incredibly missed here on on earth by his family and his many many friends who will feel the loss of this gentle giant. We are comforted in knowing that Doug is now Home with the Lord and out of all pain.

Dietz, Janet 59 10/5/1950 10/24/2009 Janet Dietz, a systems analyst for PacifiCorp and longtime peace activist, died at the age of 59. She was the oldest child of Marcelle and Lloyd Dietz, an aerospace engineer. A Northwest Portland resident, Janet grew up on Balboa Island in southern California, in a beach house built by her grandmother. She attended Bennington College, and then in the early 1970s went to work for Multnomah County and the state of Oregon in human services. In the mid-1980s, Janet earned a degree in computer programming at Portland Community College. Among her colleagues, Janet is known for her work in promoting international standards for the utility industry. Janet will be remembered by her wide circle of friends for her brilliance and generosity, her elegance, irreverence and deeply caring ways. She loved entertaining, and all the social, decorative and culinary arts that made her home a hub for small gatherings and Christmas extravaganzas. Janet loved to read, and as a member of several book groups, relished doing background research and participating in book-driven conversation. Her enthusiasm and gift for details made her a delight to travel with. She would pack along information about the history of the places she went - the Pacific Northwest, Central Asia, Paris and Mexico. When work took her to conferences in Utah, Florida and Norway, she added in days for exploring nearby natural landscapes. She always wished she had more time to travel. Still on her must-see list, the northern lights. She loved joining friends for trips to the beach and the Oregon Shakespeare Festival. Janet's gift for bringing people together intersected with her progressive political ideals. She brought her skills as an organizer, data specialist, writer and editor to organizations that pursued social justice and peace, including the US China Peoples Friendship Association; the Portland-Corinto Sister City Association; Women's International League for Peace and Freedom; Green Empowerment; and PDX Peace. She was a principal organizer for the 2007 march against the war in Iraq. Cancer interrupted Janet's life three times, but never unraveled her strong, straightforward character. As her condition worsened this summer and fall, she kept up a meaningful and pleasurable life - a steady stream of guests, dinners outside, films, the Chinese Garden and books. Janet continued to cheer on and express concern for her friends' children, especially Joe, Annie, Devan, Jade, Michael and Avery. Those who took care of her, friends and family as well as Kaiser Hospice and Visiting Angels, were energized by Janet's kindness and gratitude, but especially by her determination to remain engaged. Janet is survived by her sister, Christine Harris and brother-in-law, Frank; her brother, Douglas and sister-in-law, Nancy, and much loved nephews, Jack and Erik, all of San Francisco; friends and main caregivers, Sarah Morgan and Mark Oldani; many loyal friends and co-workers. There will be a potluck celebration of Janet's life from 3 to 6 p.m. Sunday, Nov. 15, 2009, in the Multnomah Arts Center, 7688 S.W. Capitol Hwy., Portland. A program of remembrances will begin at 4 p.m.

We had a party for John at the most gracious Sara (Crowl) Alex's home in Tustin ! The party was in Feb.2014. John was battling the big C for a while and it finally got him not too long after the. Sure glad we had it when we did! It was good to see a lot of friends that most us hadn't seen in a while. He told us he was at peace! Still hard to see one of your friends go so early. I think he was just coming up on his 54( or just passed) ??? Anyway he'll be missed. He left behind 2 kids, a sister & friends. At least now he'll be able to see Matt Helm ( after so many years) & Mark Ricca. They'll be hangin' ! Until later bro !

John died peacefully but unexpected in his home in Modesto where he relocated after he lost his leg. He leaves behind his sisters, Stacy and Leslie and his son Dean. If you wish to contact his family please send an email to a.sutherland@comcast.net and I will see it is forwarded. John and I had a son Dean and I am sure he would like to hear a story or 2 about his dad. John's ashes will be sprinkled some time this spring as a favorite location.

Mark passed away in the summer of 2008. He was survived by his parents and big number of siblings. Also, he produced two very nice kids. Boy & girl. He will be missed!

Raymond (Mike) Baker born March 14, 1948 in Long Beach, CA passed away peacefully at home in Cottonwood, AZ on July 12th after a courageous battle with cancer.
He was preceded in death by his parents JR and Thelma Baker, his brother Rick Baker, son-in-law Steve Spurgeon and several aunts and uncles.
Mike is survived by his sister Debi (Ron) Bettis, sister-in-law Susan Baker, the love of his life Barbara of 40 years, three children Tamala Spurgeon, Aaron (Nicole) Baker, and Chris (Cheri) Baker, Six Grandchildren, Nine Great-Grandchildren, Aunt Audrey (Joe) Daugherty, Aunt Donna Harsh, numerous nieces, nephews and cousins.
After graduating from Corona Del Mar High School in 1968 he joined the United States Army. Mike served 4 years earning the rank of E6, Staff Sergeant, during the Vietnam War. His last assignment he was stationed in Germany with the 42nd MP Customs working black market. He continued his career as a Police Officer for Yavapai County and was their youngest hire in 1972. He also worked for Lindsay, CA, Chino Valley, Prescott, Cottonwood and Camp Verde over the next 20 years earning the rank of Sergeant in Cottonwood and Lieutenant in Camp Verde.
In 1993, he hung up his gun and badge and traded it for gum shoes and a spy glass running a successful Private Investigation business for the next 25 years, retired in September of 2017. After a remission, he was called back as an investigator for the Yavapai County Public Defender’s Office working his last cases in January of 2019. Needless to say, he loved his job and was good at it.
Mike will be missed and not forgotten by his family and friends.
Memorial will be held at the VFW, 705 E Aspen Street, Cottonwood, AZ on September 12th at 1100 am. Social distancing will be followed.

For ALL United States Military Warriors that have DIED for OUR FREEDOM. They Shall NEVER be FORGOTTEN. Over 200 years of giving the ULITMATE SACRAFICE for Our GREAT NATIONS FREEDOM. THANK YOU AND ENJOY SITTING BY THE HOLY FATHER

For ALL United States Military Warriors that have DIED for OUR FREEDOM. They Shall NEVER be FORGOTTEN. Over 200 years of giving the ULITMATE SACRAFICE for Our GREAT NATIONS FREEDOM. THANK YOU AND ENJOY SITTING BY THE HOLY FATHER 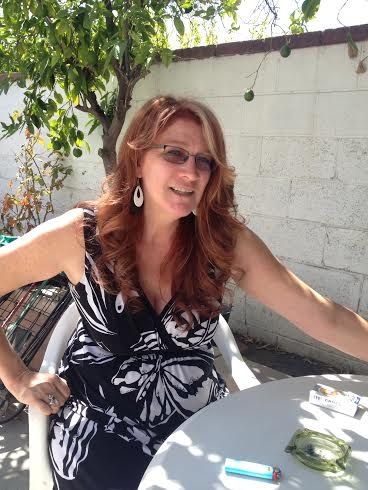 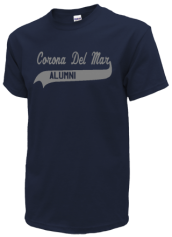 Read and submit stories about our classmates from Corona Del Mar High School, post achievements and news about our alumni, and post photos of our fellow Sea Kings.