Have you lost your Booker T. Washington High School class ring? Have you found someone's class ring? Visit our Hornets lost class ring page to search for your class ring or post information about a found ring.

L.A. Trudeau
Class of 1988
Army, 9 Years
Served five years in Mechanized Infantry and did two combat tours in Kuwait during Operations Desert Shield/Storm and again when Sadam crossed the border into Kuwait in 1993. Then served the remaining four plus years as a Mental Health Specialist where he was everything from a research assistant for Spacial Disorientation at the U.S. Army Aeromedical Research Lab to a prison counselor for the Temporary Detention Facility in Camp Humphrey's Korea. After nine years and five months of service he decided to not reenlist and used his GI Bill to get his accounting degree.
Report a Problem

Retired as a Lieutenant Colonel

Lester L. Cooks, Sr. (Les)
Class of 1969
Air Force, 20+ Years
LIEUTENANT COLONEL, LES COOKS, USAF (Retired)
Lt. Colonel Les Cooks graduated from Booker T. Washington High School, Tulsa, Oklahoma in May 1969 and enlisted into the United States Air Force in June 1969. After technical school training, he was assigned to Randolph Air Force Base, Texas as a Jet Engine Mechanic. He also served as a Non-Destructive Inspection/X-ray Technician and Race Relations Education Instructor at Dyess Air Force Base, Texas and as a Human Relations Instructor at F.E. Warren AFB, Wyoming. After nine years of active duty, he separated from the Air Force in 1978 to complete his Bachelors Degree. In September 1979, he re-entered the Air Force through the Officers Training School (OTS) Program and was commissioned as a second lieutenant in December 1979. He was assigned to Tinker Air Force Base, Oklahoma as an Equal Opportunity and Treatment/Human Relations Officer. Subsequent assignments in Social Actions included: Equal Opportunity and Treatment/Human Relations Officer, Royal Air Base Lakenheath, England, Chief of Social Actions, Peterson Air Force Base, Colorado and Assistant for Social Actions, Head Quarters Wright-Patterson AFB, Ohio. In 1990, he career broadened into the acquisition field. His assignments in acquisition included: Contracting/Quality Assurance Officer, F-15 Fighter Aircraft and B-1 Bomber Systems Program Office, Wright-Patterson AFB, Ohio; Assistant Chief, Quality Assurance Division, Defense Contracts Management Agency, Dallas Texas; Program Integrator for the CV-22 Osprey Tilt-rotor Aircraft, Defense Contracts Management Agency, Bell Helicopter, Fort Worth, Texas. After 26 years of active service, he retired from the United States Air Force as a Major in August 1996. In March 2003, he was selected from the retired roles by the Pentagon and offered a commission from the White House to serve in the United States Air Force Reserves in support of the Global War on Terrorism. He served as the Deputy Program Manager (Operations Group) for the F-16 Aircraft Program at Defense Contracts Management Agency, Lockheed Martin, Fort Worth, Texas until January 2008. He has 26 years of active duty serve and four plus years of active reserve service for a total of 30 years of service. He was promoted to the grade of Lieutenant Colonel in October 2005. His military decorations include: the Defense Meritorious Service Medal with one bronze cluster, Meritorious Service Medal with one bronze cluster, Air Force Commendation Medal with one bronze cluster, AF Achievement Medal, Presidential Unit Citation, Joint Meritorious Unit Award, Air Force Outstanding Unit Award with Valor Device with three bronze clusters, Air Force Organizational Excellence Award, Air Force Good Conduct Medal with two bronze clusters, National Defense Service Medal with two star devices, Global War on Terrorism Service Medal, Air Force Overseas Ribbon (Long tour), Air Force Longevity Service Ribbon with one silver cluster, United States Air Force Non-Commissioned Officer Professional Military Education Graduate Ribbon, Small Arms Expert Marksmanship Ribbon (Pistol), Air Force Training Ribbon and Republic of Vietnam Gallantry Cross with Palm. He also earned the Senior Maintenance Badge, Master Personnel Badge and the Master Acquisition Badge. He is a graduate of Squadron Officers School and Air Command and Staff College. He holds an Associate of Arts Degree and Bachelors Degree in Psychology from Columbia College, Columbia, Missouri (1979), a Masters Degree in Management from Webster University, St. Louis, Missouri (1986) and a Masters Degree in Human Relations/Business from Amberton University, Garland, Texas (2010). After retiring from the Air Force, he worked for the Department of Education Office for Civil Rights as an Equal Opportunity Specialist from 1997 to 2000 and for the State of Texas as a Local Veterans Employment Representative from 2001 to 2005. In 2005, he was appointed as the Director for Veterans Services/Veterans Service Officer for Hunt County, Greenville, Texas. In December 2011, He was appointed as the Director for Veterans/Veterans Service Officer for Rockwall County Texas. His civilian awards are as follows: The 2004 Office of the Year Veterans Services Award, the 2004; the VFW James C. Gates Award for Outstanding Services to Veterans; the Veterans County Service Officers Associations of Texas (VCSOAT), Veterans County Service Officer of the year award for 2006/2007 and the American Legion Post Ortho Morgan Post# 17, Greenville Texas, Good Citizens Award for 2008. He served as the Judge Advocate for the Veterans County Service Officers Association of Texas (VCSOAT) from 2008 to 2011. He was elected as the Vice-President for VCSOAT in September 2011. He is also an accredited Veterans Service Officer and accredited Department of Veterans Affairs Claims Agent. He is a member of the Military Officers Association of America; Disabled American Veterans Life Member and member of the National Association of Veterans County Service Officers. He is a 32 Degree Mason; Knights Templar and member of the Shrine. He is also a FAA Licensed Private Pilot and the originator of the “Mini Wing & Prop” Logo displayed on Air Force Aero Club Airplanes.

Mark Anthony Todd
Class of 1982
Army Reserves, 16 Years
Currently, I am MSG (E-8) in the US Army Reserves after serving 10 years on active duty. I was recalled back into service after 9/11 due to a shortage of Combat Medics and nurses. I have been moblized 3 times since 9/11 and served during the Gulf War as Combat Medic. My military career consists of Acting Sergeant Major while in a operational capacity, 1SG of the largest medical hospital in US Army Reserves with dual status as backfilling Walter Reed Army Medical Center. I am a instructor/OC for personell departing for combat. 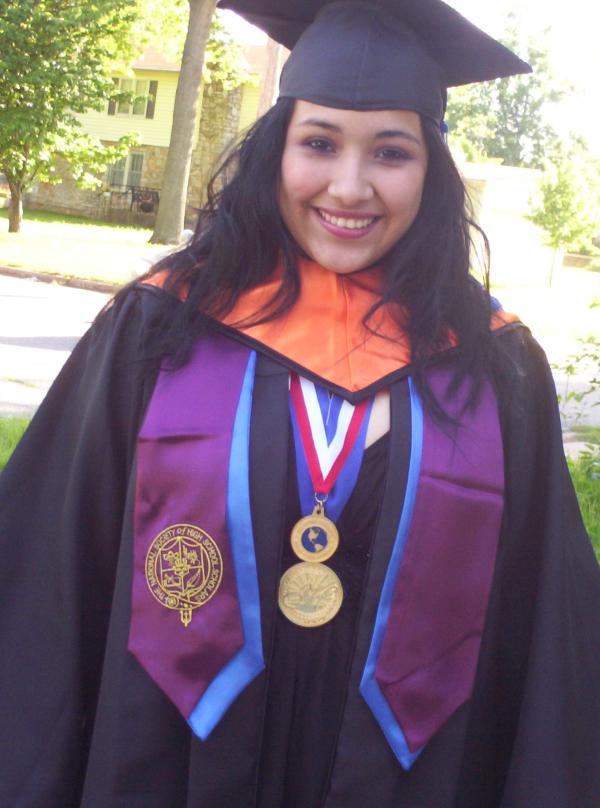 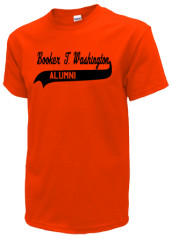 Read and submit stories about our classmates from Booker T. Washington High School, post achievements and news about our alumni, and post photos of our fellow Hornets.

Hey Fellow Hornets!
Your 2010 Mrs. Tulsa County Plus America, Nikeya Young will be at the Promenade Mall THIS SAT...
Read More »

View More or Post
In Memory Of
Our Booker T. Washington High School military alumni are some of the most outstanding people we know and this page recognizes them and everything they have done! Not everyone gets to come home for the holidays and we want our Booker T. Washington High School Military to know that they are loved and appreciated. All of us in Tulsa are proud of our military alumni and want to thank them for risking their lives to protect our country!