Apponequet Regional High School is inviting all of its alumni to take part in its 50th jubilee by submitting stories from their high school years.

"Suggestions for the 'Best of Apponequet' list would include our alumni's greatest memories or accomplishments during their time at ARHS, the biggest events or even the biggest personalities in the history of Apponequet," Principal Gary Lincoln said.

Entries for the "Best of Apponequet" must include the year the story took place and be sent to Lincoln at glincoln@freelake.org or to the school at 100 Howland Road, Lakeville, MA 02347 by Oct. 30.

LAKEVILLE — People who know Joe Simas — pretty much everybody in town — know he is quite the gabber.

Mr. Simas, the beloved, retired Apponequet Regional High School principal, talks to people in supermarkets and restaurants, and even talks back to the television during sports events.

On Wednesday evening, however, Mr. Simas used few words — a simple "thank you" — during a dedication ceremony to express his gratitude for the naming of the high school lecture hall in his honor.

"To everyone here this evening, let me say from the bottom of my heart, thank you," Mr. Simas, 74, said before expressing his gratitude to everybody from officials in Freetown and Lakeville to the "cafeteria ladies" for what he called a "wonderful adventure."

"All of you have enriched my life beyond measure," Mr. Simas said. "You have given me more than I can ever give in return."

Mr. Simas' career spanned 32 years; he was a guidance counselor, assistant principal, principal at Apponequet and acting superintendent of the Freetown-Lakeville district.

The dedication ceremony attracted a large crowd to Apponequet, and Mr. Simas seemed to greet each person individually.

Mr. Simas' daughter, Leah Callan, said it was only fitting that a lect

Apponequet Regional High School is preparing for its decennial reaccreditation by the New England Association of Schools and Colleges by naming a steering committee to handle the required self-study and formal evaluation.

"Following a suggested timeline and the guidance of members who recently attended the self-study seminar, the steering committee will coordinate a schedule of events for the school's self-study, collect reports from various subcommittees and make necessary preparations for the evaluation of the committee's visit in the fall of 2010," said Claudia A. Soares, chairwoman of the Mathematics Department.

The New England Association of Schools and Colleges awards accreditation to public and independent schools, colleges and universities, as well as vocational, technical and career institutions, throughout New England.

The school musical was fantastic. We continue to add to the glory of Apponequet musicals.

NBC's "Clash Of The Choirs" series featured a number of holiday videos this week, including one of Apponequet's Sandpipers & Tribesmen singing at the 'Lights On Taunton' holiday event. You can view the video at the NBC website - look for the "Videos" section on the Clash of the Choirs page.

Congratulations to he S&T members and their director Denise Haskins for a job well done!

Born in New Bedford, he was the son of the late Howard and Isabelle (Braley) Rose. He graduated from Fairhaven High School Class of 1955. He earned his BA from Boston University and his Master's from the University of Connecticut. He taught high school English for 34 years, the past 30 years at Apponequet High School.

Mr. Rose was active in the local Educators Association and was currently a member of the Lakeville Arts Council. He was also a member of Emmanuel Church in Boston, serving on the vestry.

In addition to his wife of 42 years he is survived by, a stepsister, Elaine K. Rejimbal of Florida; a stepbrother, Russell Karl of No. Andover; his godchild, Katy Abel and her family, David, Sam and Rubin Brenner of West Roxbury; two cousins, Jane Curcio and husband, James of R.I., Susan Harger and husband, George of Connecticut; two special nieces, Terri Rejimbal and Tam Siems, both of Florida; as well as other nieces, nephews and cousins. Other special people in his life included, Nancy Sanborn, Leslie Leahy, Scott Leahy, Paul Sullivan, SJ., Jason Patenaude, Stephanie Walquist, James Sparrow and Marc Geisler.

A funeral service will be held on Thursday, Nov. 29, at 1:00 pm in the Dahlborg-MacNevin Funeral Home, 280 Bedf 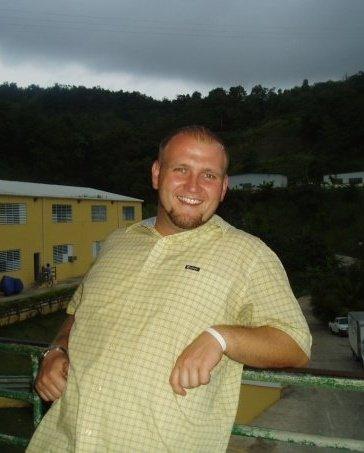 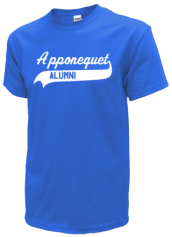 Read and submit stories about our classmates from Apponequet Regional High School, post achievements and news about our alumni, and post photos of our fellow Lakers.

Posting your Apponequet Regional High School news is easy! Enter the title for your article and all the details that explain what is happening. Please refrain from posting reunion information on this page.